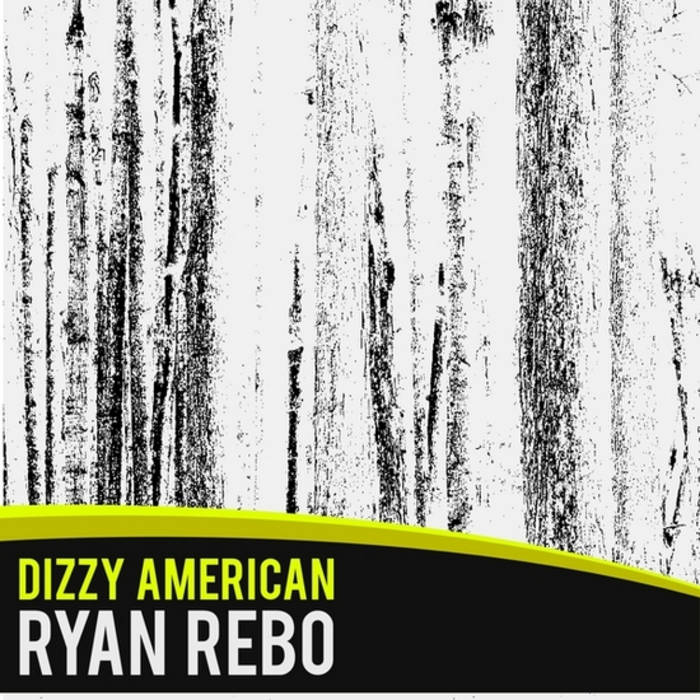 Dizzy American, an independently
recorded full-length album under the name Ryan Rebo. He began working on the album in August of 2008 and Dizzy American was completed in January of 2009. The album originated as a bedroom recording project in his home in Montana, and later moved to a private studio space in a beautiful valley surrounded by Montana mountains. The scenery from the studio was a great source of inspiration as he pieced together each lyric and instrument in the lengthy multi-tracking process.

The album took six months from start to finish, with many coffee-driven nights, mostly in solitude. A few guest musicians came to visit, adding their various instrumental parts, including violin, glockenspiel, acoustic piano and drum tracks. After Ryan mixed Dizzy American, he sent the album to New York to be mastered by Fred Kevorkian (Ryan Adams and Rufus Wainwright).

A recent review by Justin Wayne, a UK based radio show host, says of Dizzy American, “...Almost perfect in its composition; both in the timing and in the music.”

Track Name: Dizzy American
Everywhere I turn
There's a bright light blinking
Should I be concerned?
Always a new way of thinking

Out of mind, out of reach
Are you out to teach us a lesson?
We're just looking for peace
We find it in the strangest of places

Am I just a Dizzy American?

Are you out of your mind?
Are you out of our reach?
And out to teach us a lesson
We're just looking for peace
We find it in the strangest of places

Am I just a Dizzy American?

....And in our own time, we start to unwind.....
Track Name: Cloud Nine
Ready or not
Here comes something we're not ready for
Don't try to convince us that we are just like cardboard boxes, waiting to be blown away, by the next big wind

What's in it for you?
You pass by slowly, but you can't be seen
I've heard your story, are we wavering?

What we're made of, is wind and rain, a little blood and dust
I'm purchasing the stock of your afterthought
I'm buying up the stock of your afterthought
Track Name: Lost & Found
Would you mind if I don't come out for a while?
I know that it's wrong, my eyes are glues to the television
Because people are busy, and the cross-eyed soldiers are marching again
The Tin Man is creaking, and I was hoping for some peace and quiet
Peace and quiet

I don't know what you're saying
You psuedo pragmatic air baloon
You're talking of progress, while youre talking like the end is coming soon
Puffed up like a pillow, slow down, man, and watch a sunset or something
Someone stole your fire and someones gotta keep this pile burning

I don't really mind
They say that love is blind
So I'll pull out my eyes and regret it later
You know we get lost and found
Track Name: Oh Island
Oh Island /

The Island that your on, would you let some across? I can't swim but I will find someone who can

Listen! Just listen to yourself / You're dusty on the shelf / All the wisdom and the wealth still may not be enough

Listen! Don't listen to that man / He's formulating plans that don't fit you in

And if your hung up on Jesus, that's alright / your water could be wine if you ask real nice
Track Name: 2012
We're all going down / In just a couple years from now / The birds are headed South / They know we're on the outs

We're all on the outs / In just a couple years, no doubt / We won't hear a sound / It'll just get dark

It's like I'm caught in a vending machine / I call out but your pockets are empty / "Does anybody have a fistful of change?" / Don't be so strange

You got it now keep it close
You better not leave your post
Until it grows up into its own
There's no need to beg and plead
Or get down on your knees
It's already there
Can you see it?
Can you feel it?
Track Name: Blue Times Together
Come as you are
Not as I want you to be
'Cause what I want
Looks funny in the daylight
We're practically wandering aimlessly
Come as you are
We've got the time to look like fools in love

You smile at me, you say I look like a trainwreck
Oh what a night it is
Near perfect but its not out of our reach
I'm cracking up but you can put me back together again
I'm falling down
You tell me not to be scared of anything

Lucky me, we're in these blue times together
And what a scene we've made
We made a yule time forever
All the while, there's a war going on
We just want to make
Make our own reality, that's all

I know we are old news on Wall Street
It's so bizzare how we don't really mind
When in a bind we'll get out, every time
So we've got the time..
Time to look, look like fools, in love
Track Name: Let Me Run
When it burns out let it go
When its over let me know
We're not under we're just looking for a free space now
Birds, they go home one by one
Reminds me that we've just begun
I'm getting older but my insides feel no different, no

We're running fast
So I flattended your tires
Well do you think I'm funny?
I looked like an idiot
I brought you flowers

We're young and we're full of fire
I cursed the universe when I blew a tire
It sort of makes me laugh, I can't believe it made you cry

Oh to take the lives of your ducks in a row
Take what's ugly and top it off with a bow
Track Name: King of Something
I'm not the king of anything
Atleast not that I'm aware of
Not even my front yard
"Cause the grass is growing faster than my,
my motivational speaker
Who sits on my right shoulder
And he don't say much anymore
As I get older

I'm watching kids go by on their bikes
A blurry smiling child, loves every moment in time
Sometimes I'm caught, between being okay
And being alone and afraid
What was that you're trying to say?
To crawl back into my bed,
And let it wash like the sea does against the debris
I'm washed up on the shore
I must not be listening anymore